Darn, I really didn't mean to stay away for this long. Well, after dozens of calls to my phone and DSL providers, and three technician visits, I am now back online. I'm leaving out of that short summary a month's worth of frustrations. For example, on the second tech support visit, I tell him I have no dial tone. He laughs as if to say, lady, you saw how much work I just did, how I figured out the problem is with your modem, and now you want me to do even more work? Hmm, I think, being the nice person I am, maybe he's right, the problem's with my DSL modem, not my phone line. (Even though, from the very beginning, I felt the problem was with the wiring. A wire was going to the wrong place, which of course would mean it was my phone company's fault.) Do you have a phone I can check for dial tone? he asks. No, I say, sheepishly. I only use my cell phone. He shakes his head, laughing some more, as if to say, She has no phone! She's worried about her dial tone - and she has no phone! Before I can get offended he says he'll look into it and get back to me, meaning (I realize later) he'll do nothing whatsoever about it and leave me wondering if I'm going crazy. Later, I would also realize, hang on! If the problem's with my modem, and not my Mac or land line, then logging onto the internet on my laptop through dial up should be no problem. But after some experimenting, I confirmed that there was indeed no dial tone, just like I'd told no. two dufus AT&T tech guy. A fact confirmed by no. three tech guy. The wire was in fact wired to the wrong place! (Ha! In your face no. two!!!) How and why wired to the wrong place, can only guess. Quelle nightmare, quelle month, but is over.

I don't mean that having no internet for a month made life into an ordeal. But it did help feed my tendency to wrestle with my dark side. Sometimes I'd be working on something and I'd think, oh, why bother when I can't even post the darned thing? Or, because I was a little bored and couldn't turn to my usual amusements or distractions, I'd ruminate about how those closest to me have annoyed or offended me. (Oh, I so don't enjoy doing that! So why do I still do it?) And so September, a happy month which ended with my winning lots of money in Vegas (from football bets), turned into glum October during which I got a traffic ticket, had cross words with a close friend, and suffered heart palpitations forcing me to give up caffeine perhaps forever, though I hope not. I know, I could have spent some of my time at some wifi spot with my laptop, but I'd determined when I got it that I'd never weigh it down with internet since it's my artwork and writing computer.

Anyway, anyway...huhh...back to normal. And good things from past month: I have begun running and strength training every day again as better means of dealing with stress and strengthening heart so it never palpitates again, I now speak more to strangers (not that I never did before but now am so very glad for any chance to converse), um...got a few things off chest with close friend I had words with, I still have all my Vegas winnings which will use for birthday trip to...Paris? The south of France? Lisbon, Prague or Naples? I want to go somewhere, anywhere, where I can spend at least two weeks outside of my usual environment as means of dealing with and looking forward to the yearly trauma most western women must endure, that reminderer that one, at least in this culture...well, you know how it goes...ugh...

One thing I wanted to post about earlier this month was my trip to Vegas for a Journey concert with my mother. She's crazy about Journey which makes me very happy because she needs more fun in her life. Here she is having lots of fun... 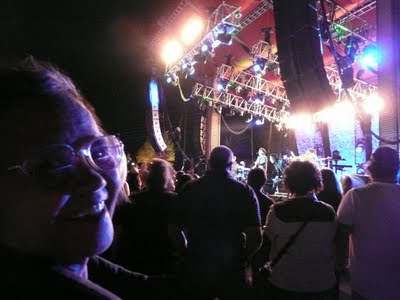 Here's a copy of the Trevi fountain... 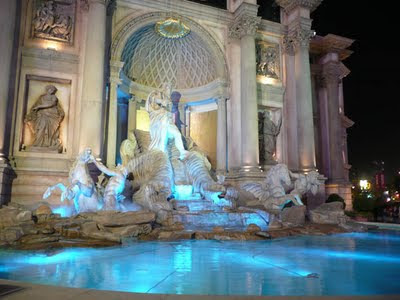 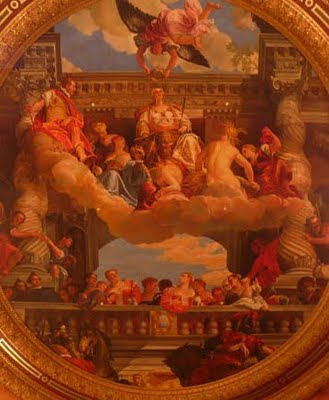 I know, every tourist gets this shot. But wow!... 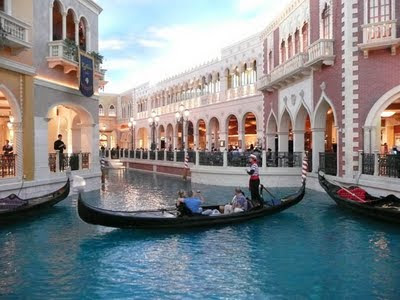 One of the pools at The Bellaggio. I want one of these in my backyard one day... 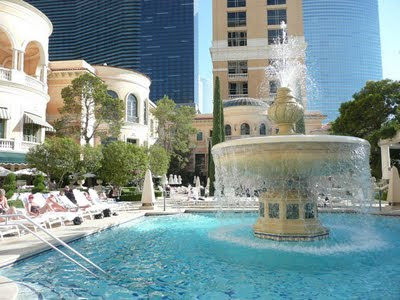 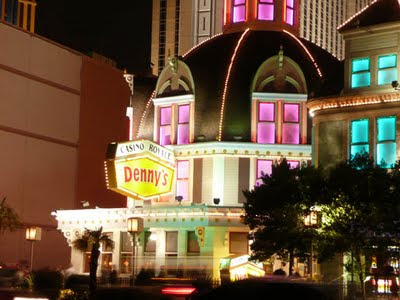 The Eiffel and the Palais Garnier together at last... 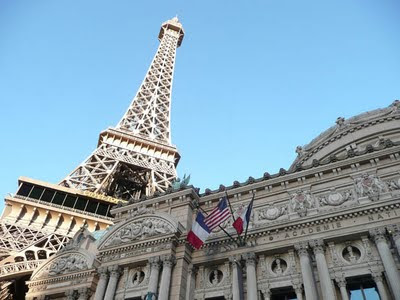 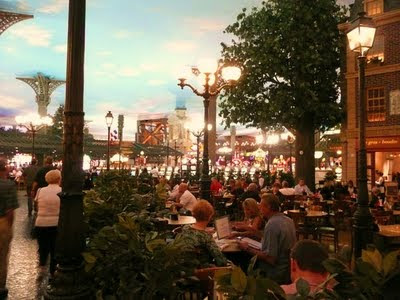 Gambling, (indoor)outdoor cafes, ten dollar crepes, I love Vegas! However campy and unnatural it is, everyone must see it at least once.

One last story: even though I felt pretty lucky in Vegas, on the slots I kept winning small amounts or breaking even. There was one machine in particular which, as my mother puts it, kept calling to me, even though playing it meant betting more than my usual. Well, on my fifth go, wouldn't you know it, jackpot! ($110) except...because I'd grown so used to betting the median to least amount, to playing it safe in other words, I didn't qualify to actually win the jackpot. I was so upset (I had a feeling about that machine!! So why did I still hold back?) I didn't want to play anymore after that.

So my mother told me about a man she used to work with who went to Vegas and played a machine with a jackpot of over a hundred grand. Of course he won the jackpot. But since he only bet the least amount his winnings only came to about a thousand dollars. "Oh! he was cryyiiing!" she said, laughing, "But no one felt bad for him! The cheapskate. That's what you get for betting the least amount. If you're not willing to risk everything every time, then don't even play."

The artwork at the top of the post, by the way, is one of my latest. More later, or you can check out my recently updated illustration portfolio.
23 comments: