I saw his ad on Craigslist, "aspiring 21 year old goth model seeks photographer," and thought, why not? I pictured some variation of Marilyn Manson, midnight hair, scary eyes and a bloodless complexion, the kind of character I'd try to sneak a photo of should I come across one on the street. And here was one offering his time in exchange for mine! I might get one good image out of it. Or, considering the letter I mentioned in my last post, maybe a series of images, something I could base an entire exhibition on. So, we email back and forth a few times, and, then, one morning last week, we speak over the phone.
Now, I am not a morning person. So when he called, like 5 minutes after I'd just woken up, needing coffee, food and a good pee, I was not in the best state of mind. But I understood that this was more than an appointment setting phone call. We were feeling each other out, getting a sense of what working together might be like. So, repressing my bad mood and my need to visit the loo, I asked him the only thing I could think up after only a few hours of sleep, which was, how did he become a goth?

He proceeded to give me a short (half hour long) history lesson on gothdom starting with it's beginnings in Roman times, on down to his first exposure to the world of goth in grade school, mentioning along the way Edward Scissorhands, Depeche Mode, the Cure, Dexter, Son of Shaina (?), Todd McFarlane toys and used a rare turn of phrase I took to be part of popular goth-speak, I'm beguiled.

He also referred to being a goth as a calling. And I, having reached an age where 21 is starting to seem more or less interchangeable with 12, might have scoffed (privately) a bit more than necessary at this. Wasn't it all just a form of rebellion? A way of standing out in a crowd? But, repressing such condescending thoughts, I admired the fact that he was as big a fan of Depeche Mode now as I was growing up. I also made the foggy headed, and yes, condescending, mistake of expressing this admiration with words like cool and interesting.

He then casually expressed his disdain for generic words, words he wished people would strike from their vocabularies. Words like -

'Well, no! I mean, I understand that people can have other things on their minds. They're busy or they're tired."

We arranged a time and place to meet. And though I'd said I was looking forward to it, in truth I wasn't so sure. I'd formed an image of him as this sees the world in black and white type. An adolescent who measured the world and everyone in it by the rulebook he spent most of his time writing. Already I'd proven myself to be another lazy minded grown up. I had used words like cool and interesting. Who knew what else I was capable of doing, what else he might catch me on?

But the next day, standing in front of Starbuck's at the appointed time, I saw this rather sweet looking person just days out of childhood and immediately my maternal side kicked in.

I bought him a chai tea and an extra strong coffee for myself to prevent any more lapses into lazy thinking (fine, he might have had a point) during the photo shoot.

Still, he didn't look as goth-like as I'd hoped and I wondered how well the photos would turn out. I also wondered why he considered himself a goth when he didn't dress like one from day to day. Wasn't being a goth about the get-up? What good would photos of himself like this do for a goth modeling portfolio? Moreover, how would I make this work? After our first fifty or so photos I still wasn't sure, especially since all of them looked as dull and unpromising as this...

But I sensed that all he needed was to feel completely at ease. Luckily, there was a small, private courtyard nearby. We talked some more, he loosened up, he sang a Depeche Mode song, he practiced some theatrical exercises which to a passing onlooker might have looked goofy. But the results, I must say, are amazing, a total transformation... 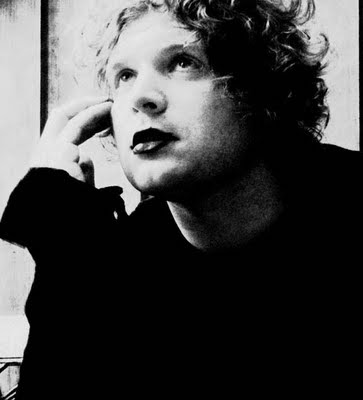 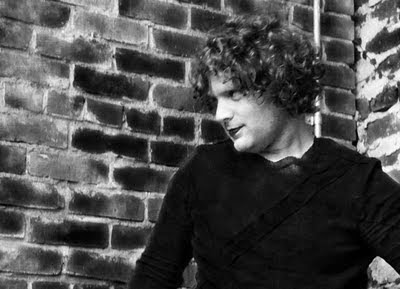 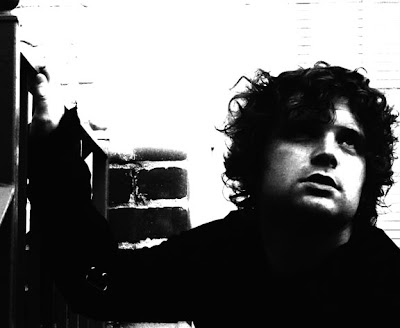 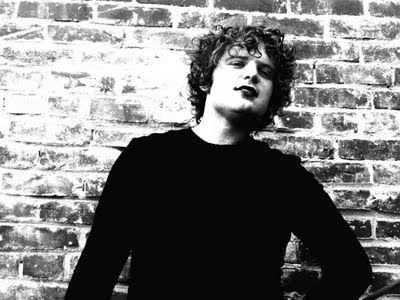 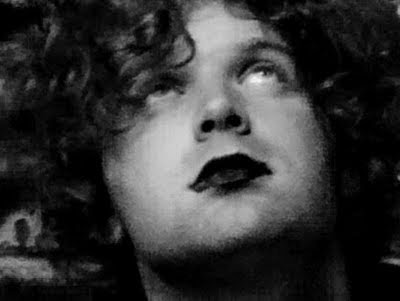 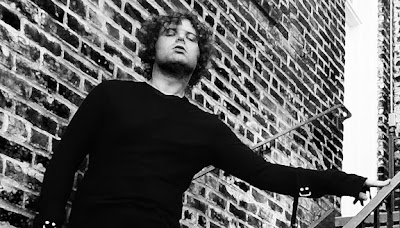 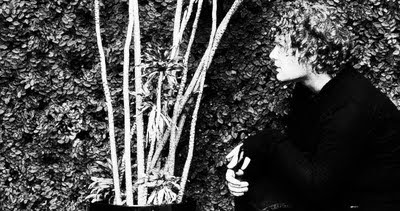