At $20 a ticket, I wasn't sure at first if the firefighter auction at the Red Devil Lounge would be worth the expense. But it did give me a socially sanctioned excuse to ogle these guys... 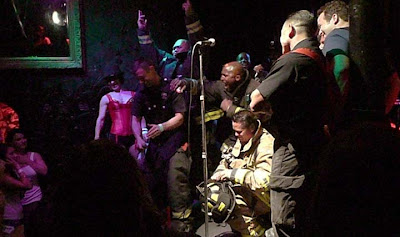 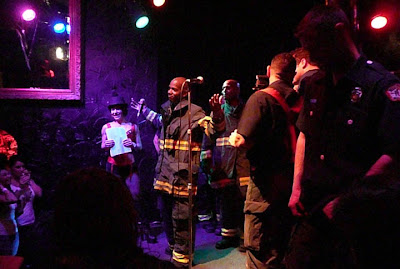 And I must say there are some amazingly beautiful men out there making sure the world around us doesn't burn to the ground. And how enormously satisfying it was to see them strutting, posing and selling themselves to the highest bidder. It makes me wonder how a lawyer's auction, or an animator's or a lowly cubicle worker's auction would have gone? Would we women have whooped it up for the sexy office guy? Sure. Maybe. Men, I think, are amazing creatures in general. But there is something about a firefighter. It's not just the uniform. With policemen and soldiers, for example, there is the underlying association of violence, the ability to kill if needed. But a fireman embodies strength and responsibility without that darker aspect. He rescues children and kittens and can carry heavy equipment on his back for hours without getting tired. He looks like this without his shirt on... 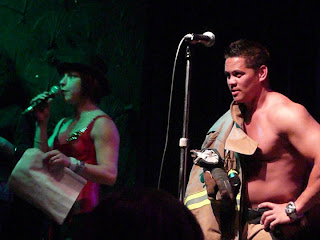 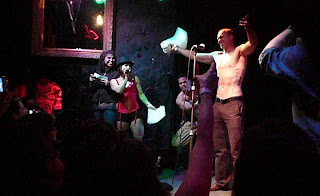 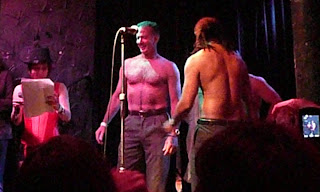 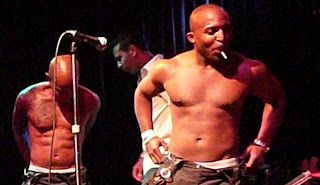 And if he's sweet faced, likes to have fun and doesn't take himself too seriously... 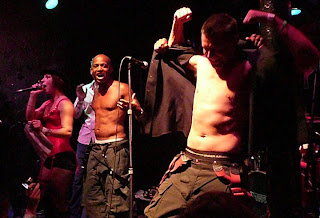 then he's basically the perfect guy. 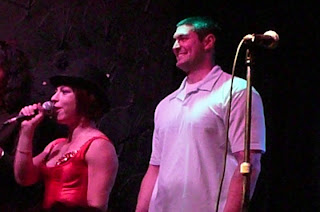 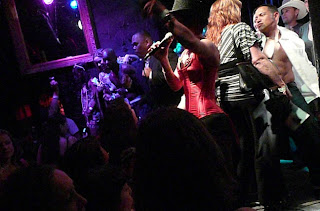 Oh man...if only I'd had a spare three, seven hundred dollars. My fabulous friend L. didn't let that stop her. Getting her groove on, she caught the attention of a certain firefighter there to cheer his buddies on stage. They were texting the next day. I on the other hand got into a catfight by the bathroom. Looking for the end of the line, I asked this woman if she was waiting. Instead of answering the question she brought her face within an inch of mine and yelled, "F--- you!" Well...maybe it was the role reversal thing getting to me. Or maybe I just don't like a--holes of either gender. But I shot back at her in kind, wanting very much to give her a good knock on the head while I was at it. But I'm not a violent person. So instead I took the gum I'd been chewing the last hour or so out of my mouth and stuck it in her purse when she wasn't looking. So there!
Okay, after that I wonder who will read on about my personal life. There is the party I went to the next day which made me reconsider certain things, then the psychic readings I got on Sunday which made me reconsider what to put my faith in. A lot has happened lately so....oh hell, lets scroll back up to the firemen photos shall we?