Or, more accurately, I'm done with this blasted painting. 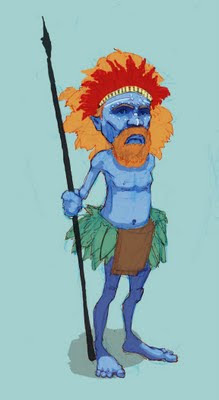 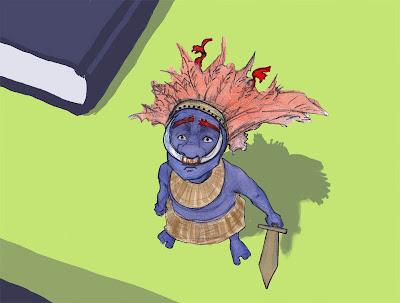 are from a group of drawings out of my sketchbook, finished in Photoshop, based on characters in this Terry Pratchett novel I've been listening to, these tiny, warlike fairy creatures called Feegles.

One of my Starbuck's sketches... 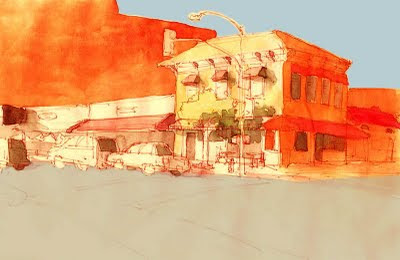 On another note, I was listening to this podcast and speaker what's his name, recounting a lesson he likes to give his students, said, If there was a button you could push to make it so that the person you can't stand the most suddenly becomes your best friend, would you push it? One would think, yes, of course, all hands up. But usually only a few out of forty or so of his students raise their hands to say yes.

And this made me think about a certain woman I still can't stand to be around. No, not the person I mentioned in the last post. She's funny and sweet and wonderful but also kinda not the best communicator of what she's really thinking or feeling which means she finds other ways to get her point across which can really hurt when you're not looking, like walking into a steel pole that wasn't there a moment ago. But I'd never say I can't stand her. No, I mean another woman who, in relation to me anyway, has revealed herself to be a microwave oven of awfulness, a porcupine of negativity. (Hey, I gotta get my word fix, give me a break.) Would I push the button to become comfy close with this person? Well, I wish I were Eckert Tolle's top pupil, I'm working on it, but for now I'm one of the thirty eight out of forty. If I could fix it that easily, I still wouldn't bother.

But the other woman? The funny but not the best communicator woman? I'm vacillating. I woke up the other morning and immediately the grief hit me, oh my God! V.! Am I really letting her go? Then this morning I read her most recent letter and got mad all over again. Then I heard that podcast and softened. Yes, I must speak with her! With true compassion and egoless love this time! How will I feel tomorrow? The same I hope. Or am I asking for more blame, more miscommunication? I'll give it a few days. Or weeks. If she and I are each other's true friend, then a bit of time off won't matter.

There's other things I keep vacillating about. I keep having this fantasy of just packing up and taking off somewhere...Seattle?...NYC? Somewhere where my dream job and my husband to be has been waiting all this time. Then I got another call yesterday, a possible animator's position at some start up here in SF. I'm both extremely hopeful but also thinking but what about Seattle! NYC! Chicago? If you're ever gonna fly the coup for places unfamiliar, before you're completely rooted to the earth here, now would be the time to do it. Because the two dreams I've been pursuing the last ten or so years has been to either work for Disney or Pixar or elsewhere equally awesome or to sell my paintings for thousands of dollars each. Since neither is happening at the moment, I'm feeling rather stuck. I'm longing to pull my feet out of the ground and fly off. Am I following the wrong dream?

I'll give it a day or two. At least until after the interview.

Oh no! One more thing! I've been meaning to do this for ages... 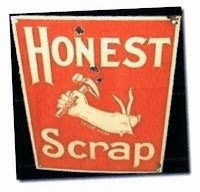 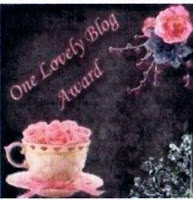 This is an interesting custom. When I first noticed these award thingies on other blogs I had no idea where they got them from. Was there some blog award committee? Now I know. Okay, I dub...hmm, let's see, who doesn't already have one or both of these awards...oh, I'll just guess:

I was supposed to limit the list to ten (or was it five?) so I suppose I'm pushing it here already, (totally arbitrary rule, feel free to break it those of you awardees who want to pass it along) but I also want to add a 12. Everyone and anyone on my blog list who wants a blog award. We all deserve to be awarded. K, done.