Oh sleep. The weekend started the middle of last week (all nighter of a test, game company. Didn't get it. Blast. Sniff...Fine, maybe not my dream job. But getting any pay check not signed by mom is rather like a dream right now.) From there came a flurry of sleepless activity including preparing for an art show (Healdsburg, Sonoma County). But was fine by Friday afternoon when my friends and I set about the town. I wouldn't get a good night sleep though until Saturday. I can't sleep, it seems, in unfamiliar places, (we stayed overnight) not even after two glasses of wine, two beers, a few hours in a Santa Rosa dance club and two Tylenol PMs. If all that couldn't knock me out, I was hoping it would at least kill me, spare me the misery that is insomnia. So basically, I had a sleepless, but fun and interesting, weekend. It's amazing what reserves of energy I can pull up when I need it.
Paintings from a Healdsburg gallery I wouldn't mind getting into...

the Erickson Fine Art Gallery. The owner had taken my card as a courtesy, but I hope, with my work showing down the street, she will walk over there and realize she must, she must make me one of her gallery artists. She must. 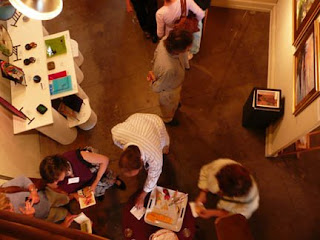 No, of course that's not what it meant. I had no idea they would give out awards so any award came as a very happy surprise. And what it means is I will soon make a full living off my paintings, able to travel round the world looking for inspiration with collectors eagerly anticipating my next collection... 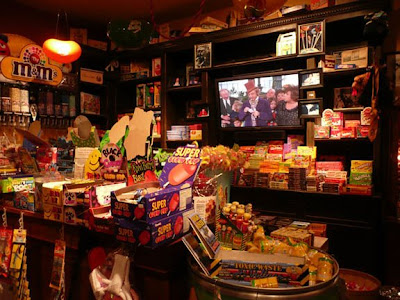 Powell's candy store, after the reception. 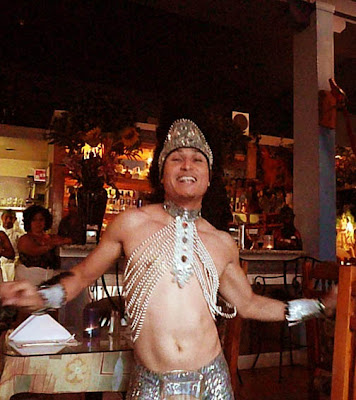 L.'s dance instructor. He performs around the bay area and that night, Saturday night, he was performing at the Brazilian place we dined at. 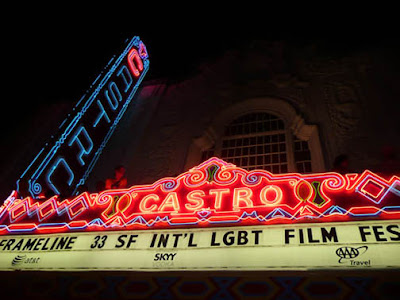 And this, of course, is the Castro. Gay pride week. 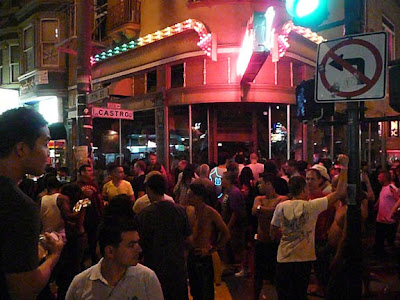 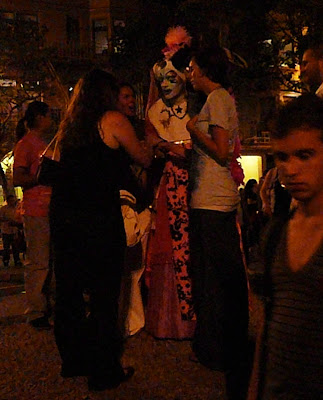 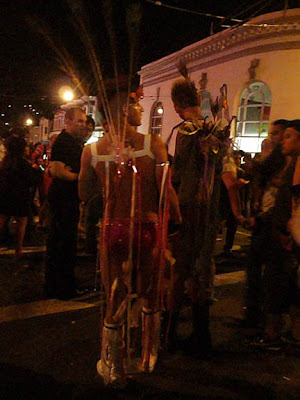 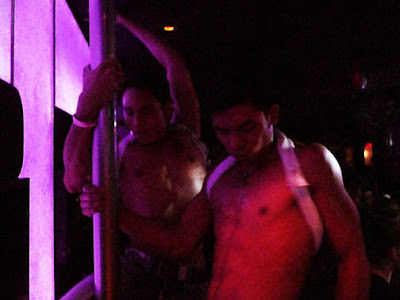 were just a few of the dancers to be found in this hot, sweaty and unbelievably crowded dance club we went to. This also being the first ever post Michael Jackson weekend, they played a lot of his music. I've always loved his songs. I'm used to him providing us with music and gossip at regular intervals. A few years back, I was even in a bad Thriller remake (long story) as a dancing zombie. (There's something that'll pop up to haunt me one day. At least I was two sizes thinner then.) So hearing his music everywhere was unexpectedly moving. 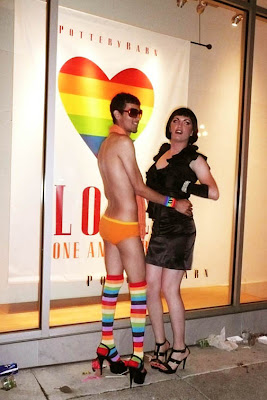 Looking around us that night we were especially struck by the beauty and creativity we saw all around us. Here was a collection of what my family would call freaks who should all burn in hell. But...let a person be who they really are, without constraint or judgment, what beauty results. But here... 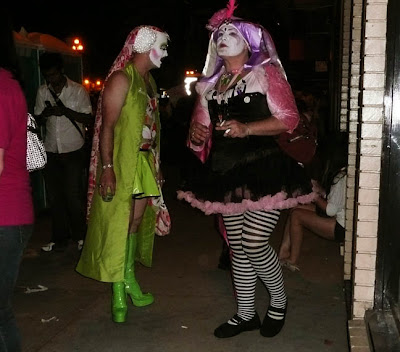 the Angels of Castro Street come to the rescue of a young woman. One of them had seen her boyfriend (?) hit her so hard that he knocked her against the wall. We saw you hit her! they said. The spindly chicken shit, wide eyed and gesturing frantically, said, no, I was just reaching out to her and she fell. - We saw you! (to her) What happened honey? Do you need help? Unfortunately, her fear (which was palpable) or perhaps an inability to speak English kept her from speaking up for herself though if she'd but said one word, even in another language, or had grabbed an angel by the hand I'm sure they would have given her whatever help she'd needed. After they left, I saw the cs drag her off in a headlock, push her against a wall holding her there by the throat, then drag her off again, then stop to talk to a rather sleazy looking character.

My friends said it was just an argument. But my gut said no, this is something else...the cs was willing to hit her in public then drag her off in a head lock. Cs was not her boyfriend. Or maybe that's not all he was...

Sorry to tell that rather hopeless story. But I haven't been able to erase it from my head since it happened. Could I have done something? Probably not, I suppose, if a flock of angels, each twice the size of the spindly chicken shit, couldn't. It was just so striking, the contrast between all that joyful expression - and this!...this truly ugly scene.

I cannot leave you with that though. I ran across these incredible folks... 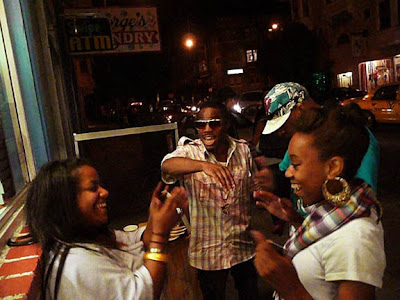 on our way back to our car when we stopped for a slice of pizza. Hanging out in front was the man in the aquamarine t-shirt. With his fist against an ice cream cart, he kept a steady beat as he improvised a rap song. Then the other three joined him, the young man coming up with rhymes so easily I was in complete awe. And so glad to be able to witness this spontaneous and joyful self expression. 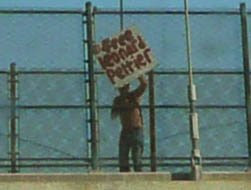 (lone protester I spotted after a day of plein air painting Sunday)
Sadness and joy. Creativity and cruelty. Freedom.