Ever since Seattle, a city which, as far as I could tell, seems to work in every way the Bay Area doesn't, I've been paradoxically looking around me and wondering is it really so bad where I live? Sometimes I'll catch a glimpse of something, a view, charming storefronts... 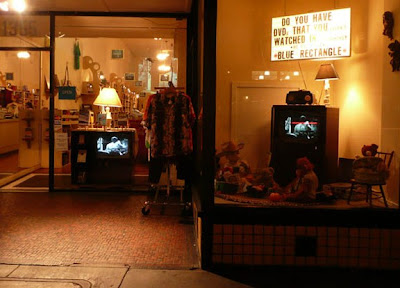 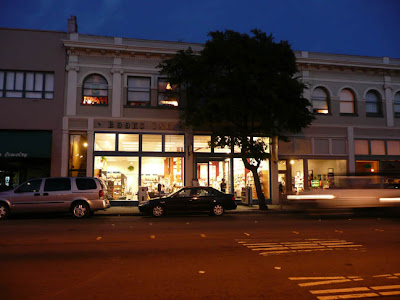 or interesting locals going about their lives and I'll feel something close to affection for the place I live in. For example, Saturday morning, while sketching in Starbuck's, I saw this adorable scene... 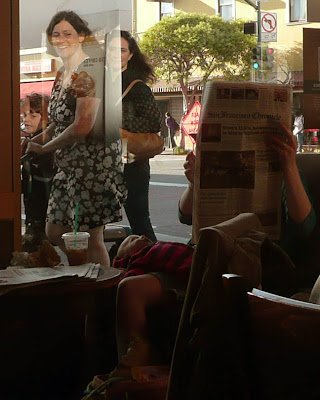 This Starbuck's, by the way, my neighborhood Starbuck's, always has clean bathrooms. They also serve super strong small batch coffees, as good as anything I tried in Seattle. And they've begun carrying Top Pot donuts!
Next to the mother and child above sat these gentlemen... 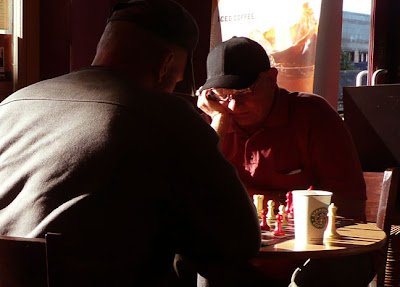 Goldfinger in Dolores Park Saturday night, with downtown SF and the bay bridge in the distance. 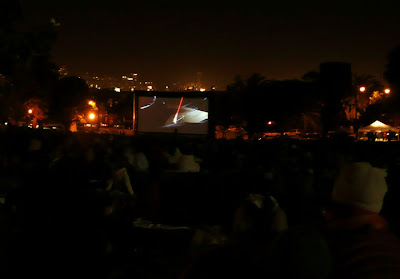 Afterwards, raucous, wild North Beach again. There is always a platoon of policemen here standing by just in case... 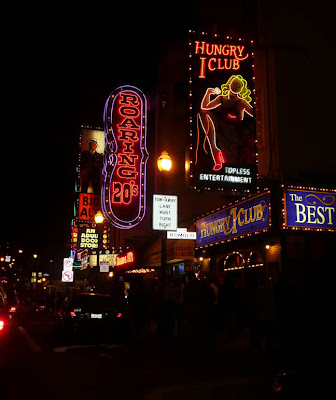 And this weekend, a ship load of US Navy men, too... 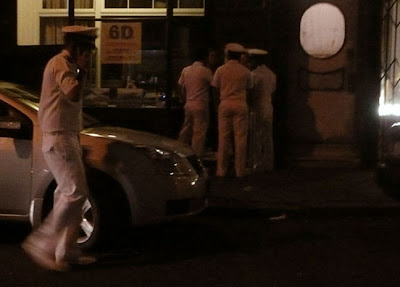 L. and I were daring each other to approach one of these guys for a dance. We had been talking earlier about seizing opportunities despite the possibility of making mistakes and getting hurt because someone L. works with wants to set her up on a blind date. But in high school, I remember - High school!!!? High school!!!? L. just because something happened in the past doesn't mean it'll happen again! I reminded her how, for the past few years, she has gone from safe and shy to the sort of woman who gets firemen's phone numbers in night clubs. And even though the next step in her evolution (and mine) is a much scarier and riskier one she couldn't stop now or who knew how long it would take for her to get back to this point. So naturally in the night club we were daring each other to seize the opportunity. 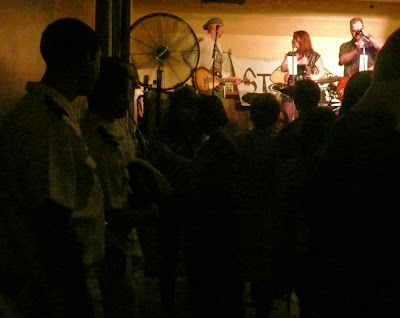 We didn't. More to the point, I didn't. It's so much easier being the approached rather than the approacher. And L. being wonderful L. didn't rub it in after all my don't give in to fear now talk. 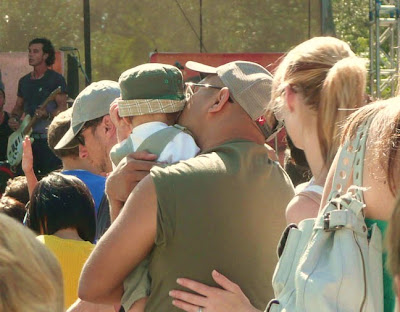 I took this photo after sneaking into the VIP section to take advantage of the covered tables and chairs. (Why not?) You think the guy with the guitar is a rock star? 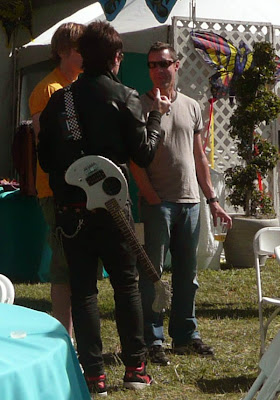 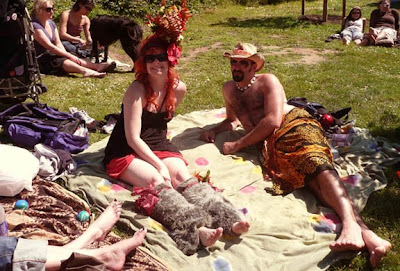 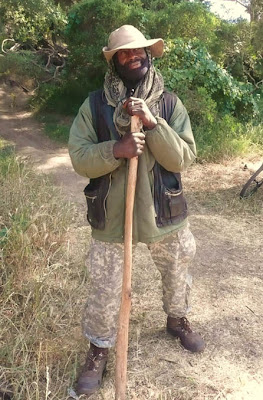 After the concert I wandered around Haight Street. 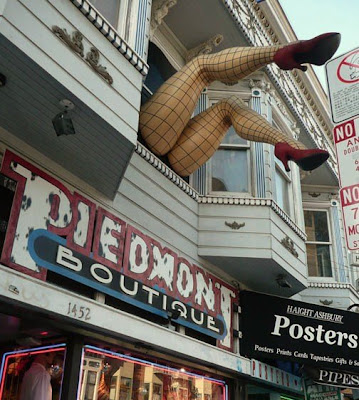 It's been a while since I played tourist here. One thing that always strikes me about it are it's interesting and bedraggled collection of surly youths such as the dreadlocked one below who demanded money after I snapped her photo. I told her on my return, meaning of course, I'd be sure to walk on the other side of the street on the way back. 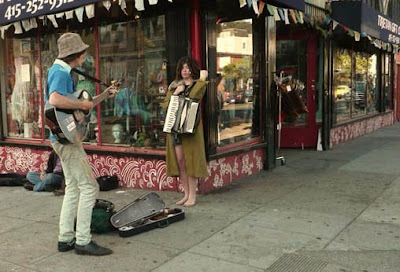 Another surly youth made fun of the size of my bee-hind and his pot smoking companion told him he was a jerk in the sort of tone that implied he was not at all a jerk but the coolest guy he knows. But it's not what the surly youth said that hit me like a wad of spit between the eyes. It was his sense of being offended by my appearance. Yes, I thought, I do have a well rounded back side. And I've always rather liked it. My voluptuousness, I like to think, makes up for my teeny weeny-ness. And here was this jerk telling me my J. Lo-esque ass offended him. I'm laughing now but, oh boy, for a moment there I felt, like I said before, like I'd been spit on. But before I had a full on tantrum I remembered what I'd been telling L. the night before. (This time I'd walk the talk, I said to myself.) There will always be people who judge without kindness. Some will intentionally try to wound. But you can't let that keep you from fully experiencing your life. A wonderful life is worth risking a bruised ego once in a while.

And, as if to make sure I didn't back-slide into negativity, I caught sight of this on my way back to my car.... 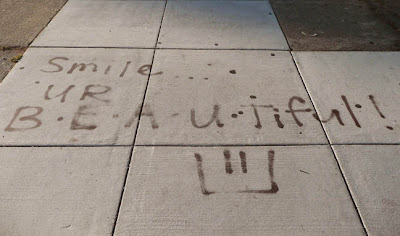 How can I not love the place I call home?